I fell in love with mixed media in college… the layers, the supplies, and the limitless options! This canvas that I’ve called inspired peony combines tons of layers with a variety of supplies. While I do list the specific supplies I used in the video, there are so many other mediums and tools you can use to create a similar canvas!

However, I’m also giving away a mixed media kit that includes the peony stencil. Hop over to my YouTube channel to see how you can win my this prize along with a bunch of other prizes from the hop sponsors. And, several of the other artists participating also have prizes at their stops. 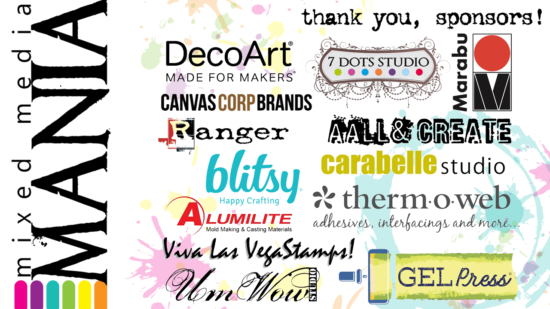 More about my canvas

First I started with a layer of old book pages that included gelli prints from my recent tutorial. Then I added a layer of stamped numbers and rubons and a little gesso. Next, I used modeling paste through the peony stencil for the raised 3-d effect. Once this layer was dry, I added some dots and numbers through stencils with a little spray acrylic. Then came the scary part: three different layers of glazing. Once the glaze was finished, I added the pan pastel to the peony flowers along with some white charcoal. At this point I decided I needed more teal so began the process of adding teal and sepia drips and splatters. Then, I added the live inspired words on the front with a stamp and tissue paper, because I wasn’t feeling brave enough to stamp directly on the canvas. I finished it with some ink splats and added some light with some gesso splatters. After spraying outside with fixative, I decided it needed one more thing… watch the video to find out what that was!

What is your favorite part about mixed media? Let me know in the comments! 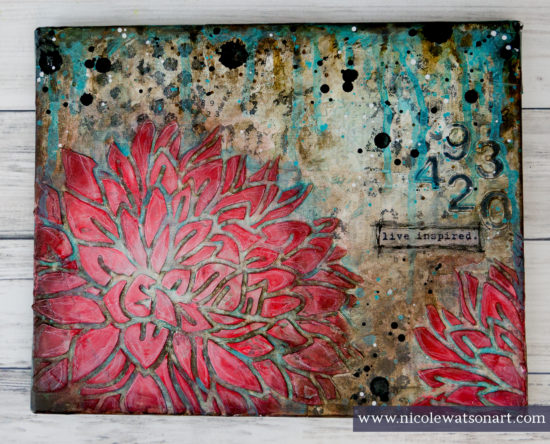 Here are some detail photos of the project. 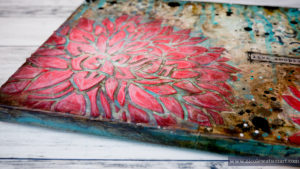 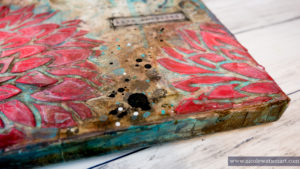 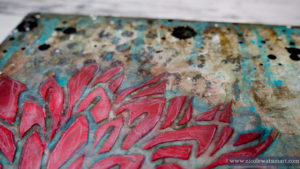 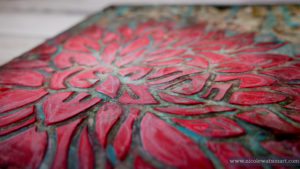 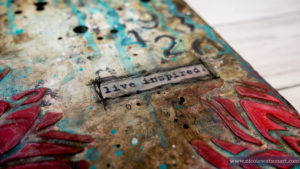 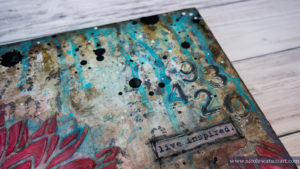 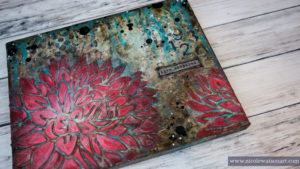 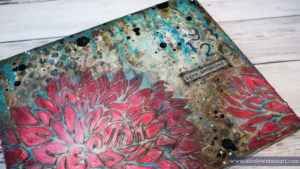 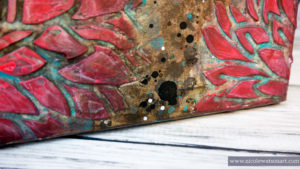 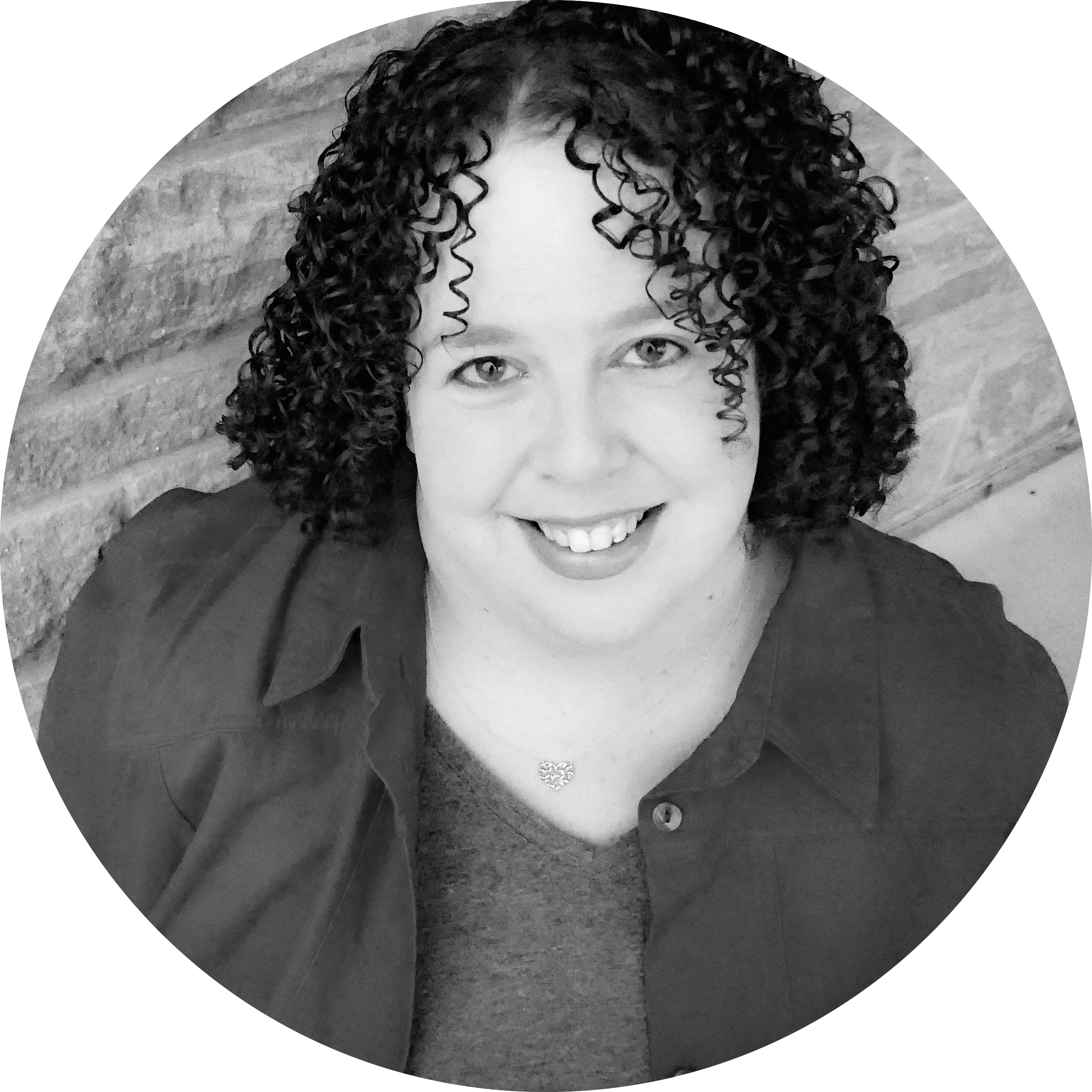 I am a mixed media artist and photographer living in the Austin, Texas, area. After returning to school and finishing my degree in 2017 at Iowa State University, I created this website and began my YouTube channel. Creating has always been a part of me, and now I am excited to begin this new adventure sharing my art to the world. Check the about me tab to see my resume and portfolio. I'd love to connect with you! Drop me a comment on one of my blog posts or check out what I'm up to as I share glimpses from my studio and projects on Instagram. 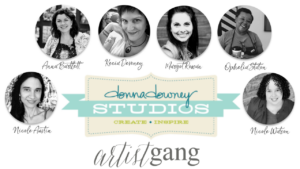 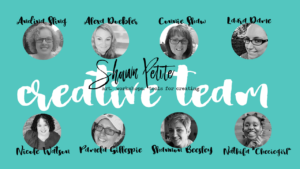 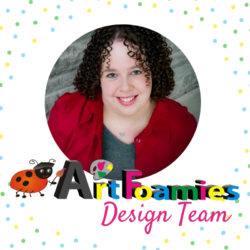